Burt is the second hero that you will unlock at Stage 8. He has the lowest attack of all the heroes but the fastest attack speed. 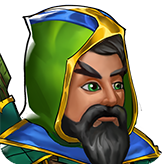 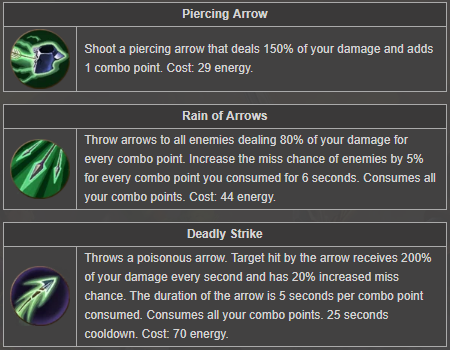 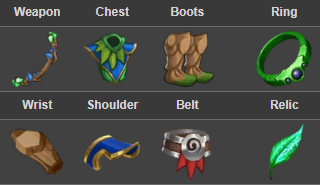 Burt grew up in a hunting village in the forest land of Silverwood, isolated from the civilization. This village, Pacahuara, knew of the other communities, but kept to themselves, believing that mixing with outsiders would disrupt the delicate balance of respect between them and the forest. To them, the forest represented all life, the Light itself, and they had named themselves "the Rangers", its brothers, sisters and protectors.

As a child, he learned how to ask the forest for his needs, by hunting and scavenging for food and clothes, mastering the bow of the Pacahuara people. When he came of age, as was the tradition of his people, he swore an oath to protect the heart of Silverwood from the Darkness and all enemies of the natural balance. Often, roaming bandits sought refuge in Silverwood, whether to escape or hide their plunder; in rarer cases, they came looking for wandering village children to sell as slaves. It was the duty of Burt and his people to protect the forest from this threat.

How bandits disappeared and their plunder thrown out of the edges of the jungle is only a theory to most, but the secret lied in the ancient magic of nature. Since first settling in the heart of the forest, the people of Pacahuara created a special bond with the trees and nature, learning to truly speak with Silverwood. Rare cases of escaped bandits, considered maddened by fright spoke of entangling vines and living roots, injured Silverwood natives healing mortal wounds by eating a single seed. Silverwood's heart was kept safe and unchanging for millennia. That is, until the Orc raids began.

Orcs brutal and fearsome warriors loyal to the Darkness, began to lay waste to the forest, cutting trees and ancient stones to fuel their war engines. To them, nature was the opposite of progress. The Age of Orcs they believed, was to rebuild the world in their image, and do that they would have to destroy it. The Darkness was their ally and chaos their weapon. As their numbers grew, the Orc hordes went deeper into the forest, seeking better tree farms and ore to mine.

Burt led many of the Rangers in fights to defeat Orc scouts, raining arrows while hidden by the trees. Furious at an enemy that would not face them in open battle, they launched a campaign to exterminate the rangers. Bandit mercenaries, expendable soldiers to the Orcs, were hired to scout the forest and find Pacahuara. Although the Rangers stopped many, the Orc numbers were too large for them - at long last, their location was found.

The Orcs waited until the moon was dark and began their assault. Their light was the fire of industry and the machines of war. In the burning night, the Rangers did everything they could to protect the trees, sacrificing the defense of their huts and belongings. Eventually, the might of Silverwood's magic and an unstopping hail of arrows and natural magic from Burt and his Rangers led the Orcs to retreat but at a terrible cost. By morning, the heart of the forest had burned, and the Rangers were very few in number. Pacahuara itself was reduced to ash. Knowing life would never be the same, Burt spoke to his people. Trusting the young warrior's heart, they followed his leadership and gathered the living to join the Human kingdom of Irongard in the new war against the Darkness. The gatherers and craftsmen of Pacahuara were sent to the Riverlands to begin anew, and the forest warriors set to Irongard City under Burt's command to join the army of Light as their forest fighting force, the Rangers.