Valerius is the ninth hero that you will unlock at Stage 700. He has just like Boris the most health and dodge chance 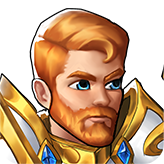 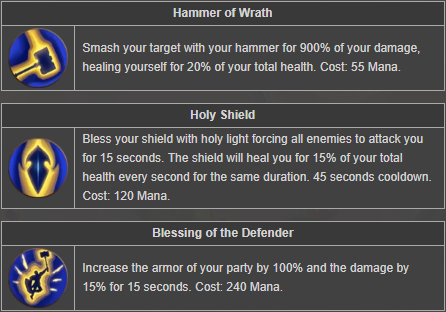 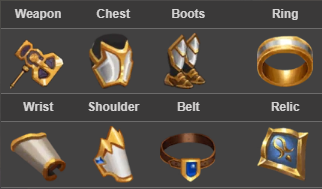 For his 8th birthday, Valerius' father Barian crafted for him a small set of light plate armor. Valerius and his armor were inseparable. He proudly wore it to the market, dinner with his family and when playing with the other children. It became a tradition that when Valerius grew too big for his armor, his father would reforge it and gift it back to him larger and heavier. As a blacksmith for the Riverland Knights, Barian's son was welcomed in the Royal Scouts, a training program for children on the path to knighthood. On a warm summer's day, when Valerius was 14, while the other Scouts were enjoying a day of rest in the woods, the sound of howls echoed among the trees. Never before seen in broad daylight, a pack of deadly Riverland Wolves had attacked the group of young boys and girls. In a panic and disoriented, they began to run deeper into the forest. Valerius, having grown strong from his years of carrying his plate armor, found a chance to prove he deserved it. Picking up his Scouts' Sword, he ran to the screams of his friends, to see them surrounded. The wolves, no strangers to Knights, saw the glistening armor and ran. On returning to their camp and hearing the story of young Valerius charging to his friends' aid, the Scout Masters were impressed. They sent word to the Riverland Knight Academy and his father to ask that he be permitted to join the trainee Knights before adulthood as an exception. Barian saw the potential of his son and to Valerius' joy, accepted. Wearing his fathers' upgraded armors as he grew, he became a fearsome warrior. On the day of his knighthood, his peers knew that he would be remembered as one of the elites. His strength, bravery and unbreaking instinct as a protector had made him the ideal candidate to participate in many missions on behalf of King. His travels with the Knights took him on expeditions from the Tortuga Bay, the legendary pirate city, to Thal Badur, the capital of the Orcs, to serve as a guard to diplomats and important figures. During the second Human-Undead War, as a display of strength by the Humans, Valerius was chosen among few select Knights to accompany a peace negotiation mission to Ripfall, the Undead Capital.This particular mission was Valerius' first step in being remembered in the history of the Riverland Knights. On their way to Ripfall, while crossing a Dreadland valley, a group of Undead wishing to see the peace negotiations fail, had prepared an ambush. Dozens of Undead Warriors and their Death Knight allies emerged from the ground and the surrounding cliffs. The party, to protect their mission, fell back to the nearby abandoned village of Bayshire, a peaceful village before the rise of Darkness and the rise of the Undead. Although they suffered casualties, Valerius and the other chosen Knights shielded the mission until they could take refuge in an old House of Prayer. They secured the doors, knowing it was a matter of time before the forces of Darkness broke through and their reinforcements arrived. Desperate, the Humans and Elves prayed to the Light as the Knights awaited their last stand. Valerius, strong and steady, found peace in the religious chants, remembering his faith in the Light and the importance of his duty. A strange happening broke his calm concentration. Rising from the chants, a he heard a voice calling him to the Clerics' Inner Sanctum. Informing his battle brothers that he would secure any open back entrances, he followed the strange call to the depths of the House. As he entered the Sanctum, a blinding light filled his vision. He felt a strong voice echo in his mind: "You must live, Valerius.The Light still needs you." Valerius felt his armor glow with heat, changing as he wore it. When the light faded, he looked down to see his father's armor now golden. He would never know if it was energy from another realm, or his fiery faith that renewed his purpose. Remembering a young boy that ran to defend his friends from savage wolves, Valerius ran through the House of Prayer, past his battle brothers and broke through the door into the Undead horde. The official account speaks of a maddened Valerius fighting the agents of Darkness alone when an earthquake struck. Those trapped in Bayshire with him however, know a different truth. As Valerius charged through the door, they saw his sword glow with an otherworldly power as he leapt into the air and brought it smashing to the ground. The earth beneath them shattered as rays of light burst through the cracks. Any Undead that were not immediately destroyed were cut down by the Knight, unable to look directly at his armor shining with the Light. The official account continued, saying that for exceptional bravery, the defence of a holy House of Prayer, and the safe return of the party to Irongard, a special title was given to Valerius. For a man whose purpose in life was to defend the ones that need it the most, who represented the Light's protection in the fight against the Darkness, the King knew that title could be only one: Valerius, the Divine Protector.